Steve Davis seems to be on a one man mission to alienate every age group in the supporter ranks at Gresty Road. He is trying from where I am sitting to try and cause doubt in fans own beliefs, the older fans as he called them are one target by saying “they need to educate the younger supporters”  I am sure he is hoping it will make them question their current opinion and make them start telling the ‘younger fans’ of how we have always sold players and sometimes this means struggles league wise. Then the younger fans  are meant to start thinking about how the older fans know more about it and they should listen to them! In reality we all know this is a load of crap yes older fans have seen harder times and better times, some younger fans have seen the glory days in the championship and then the demise and other young fans have only two Wembley trips in consecutive seasons and then relegation but we all know what the club is about so your attempt at manipulation has failed!

In reality Davis is belittling fans by telling us how we are meant to support the team we pay money for, a friend summed it up to me by saying “from outside the club reading his interviews he seems like a deluded, spiteful prick who knows he will only loose his job via a huge payoff, he thinks he’s untouchable and this has led to him mocking the fans and basically sticking up his middle finger to them”.

Sadly the only way to make them realise as a collective group we are desperate for change is to stop as a group going to games all of us, if the gate went from 4k+ to 1k they’d soon start to take notice and realise £90k-ish pay off will be cheaper in the long run. If fans want the change stop talking and do it hell we should all go to Nantwich instead give them 3-4K (not sure they could hold that?) help them and make our board realise what they and Davis have done.

We may have to hurt our club to save it but as always just an opinion ! 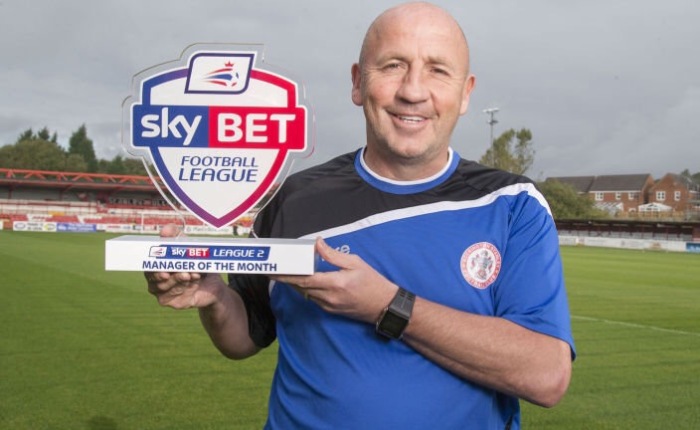 A team who currently sit 3rd in L2 and could next season be a league above Crewe as long as they continue doing their thing, and well done to them! What I am going to write is in no way meant to offend accy in any way I love the underdog doing well, and that’s them. One of if not the lowest budgets in the football league and especially L2 yet they manage to bring in good player for their level (which don’t forget is now ours for next season) including Josh’wont score goals in the football league’ Windass one of the many player we have turned away when in reality we could really do with him next season. In John Coleman they have a fantastic man manager , a motivator and a man able to weave gold out of rags, they may not move players on for £1-3mil but soon neither will we Powell only went for what he did because he was part of a talented group with Westy, Murph, Toots backed up by battlers in Artell Bell and Phillips that got us up, if we had finished 12th Powell would of moved for a lot less no matter what rubbish the board spouts. I feel we will be short changed on Garrett, Ainley, Kirk and co as we dwell in league two, but Accy struggled with less money and no sales but they are still going after battling tough financial times! So the question is why can’t we battle as they have? And why don’t the players rally for Davis? 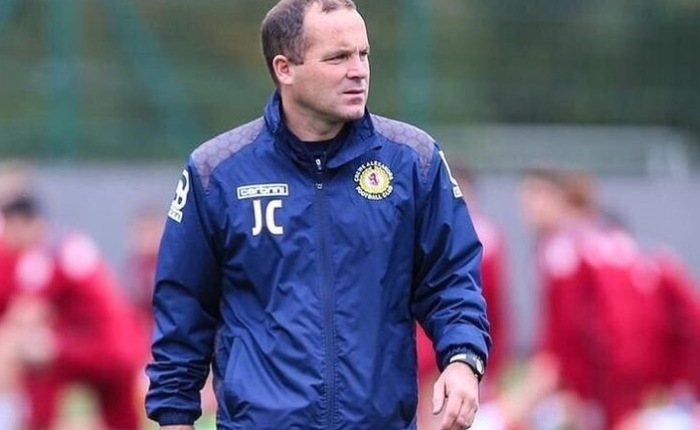 It’s easy to pick fault at people in hard times but for the love of god the pure idiocy spewing from SD & JC lately is just on another level! Today JC has stated ‘we are starting to learn about the players’ is this some sort of joke? A swift middle finger to the fans? What is it?! Every other club in this game uses pre season to do this and the first 3 months of the season to get a real grasp on THEIR squad but not the dynamic duo, they appear to be suffering from a large case of delayed reactions. Let’s learn about them and have meetings with 5 games left none of which will save our season only prolong the embarrassment! With every interview come even stupider comments and shines a bigger light on 1: how incompetent they are and 2: how much of a laughing stock they are making Crewe Alexandra F.C.

So with 5 games left, 6 wins in 40 & 1 win in the last 20 games, the dynamic due of Davis & Collins decided now is the time for a team meeting to get to the route of our dire situation!? Surely anyone with half a brain would of done this a long time ago when we were pulling ourselves out and started struggling again, or even before that? SD is a fighter remember back him in a corner and he will come out fighting … If that was true he’d of had them all in long ago and sorted this dross fest out.

Then there is captain cuddles JC I have no issue with him but he doesn’t seem like the fear of God type more the ‘don’t worry you didn’t put the effort in you will still get a game next week!’ Type. He also said something interesting, modern players don’t talk don’t shout up etc if that’s the case how did (supposedly) Anthony Grant single handily cause all the issues he was rumoured to of caused? Impossible without speaking out and making others question the management simple whispers wouldn’t be enough? So you have to wonder if he really did cause the issues rumoured!

In my humble opinion which of course can be as wrong as anyone’s, the young lads are afraid to speak out many have suddenly been let go or released and not all can be for the same reasons some yes weren’t good enough and some maybe over hyped but a lot of speakers in those gone. Steve Phillips was doing great coaching Ben, and working with Liverpool at the time I believe could of been after his Crewe spell, Dario refused to have him as a coach but SD must of wanted him for DG to block it, his excuse was we didn’t need a GK coach but then they spent all summer and most of last season trying to get one? The truth for me was Gradi didn’t like Phillips having ideas of his own and knowing his stuff.

The thing is all I seem to get from the club these days is incompetence, contradictory statements and if you look at it possible lies. We all deserve better! I said earlier I am sure the board and staff are doing whatever it is they are doing with the best intentions but history proves the best intentions can lead to dark places.